Just as we were preparing to publish the following review of Chinua Achebe’s "There Was a Country", we received news that the great African writer had died. Like many readers around the world, we thought back to the first time we read his masterpiece "Things Fall Apart", and how the book helped to shape our view of colonialism.

The news of his passing comes at the beginning of spring, a time of renewal, and readers can comfort themselves that Achebe has embarked upon a bold new journey. 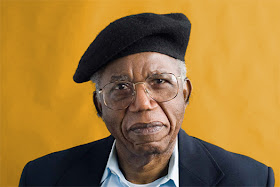 THERE WAS A COUNTRY
By Chinua Achebe
Reviewed by Christina Edland-Coste
Chinua Achebe’s long-awaited latest work, “There Was a Country: A Personal History of Biafra", delves into the causes and events leading up to the Biafran War, recounts that war from alternating personal and historical points of view and grapples with the complexities of post-colonial Nigeria, sometimes raising more questions than it answers.

Achebe, grandfather of African literature by tacit accord, is best known for his novel “Things Fall Apart,” first published in 1958.  It is currently the most widely read book in African literature, having sold more than 10 million copies.   And while his newest book differs in both form and content, the unmistakable voice of the storyteller rings true.

General knowledge of the Biafran War is fairly limited, especially for anyone born after 1970, the year that saw an end to the conflict.  Awareness is further restricted by the fact that few, if any, schools deem it necessary to discuss the events that took place in Nigeria between 1967 and 1970, beginning with government-endorsed ethnic-cleansing of approximately 30,000 Igbo and culminating with Africa’s most expansive and devastating genocide of the 20th century, before Rwanda.  Achebe’s account enlightens us and allows the reader to further explore the conflict.

The choice of the title, “There Was A Country” is highly evocative.  It could easily refer to the short-lived Republic of Biafra and the ultimate goal of this lost war.  But it could just as easily be a reference to Nigeria itself, for Achebe does not hide his nostalgia for what he considers to be the great nation of his youth.  A nation full of promises never delivered. 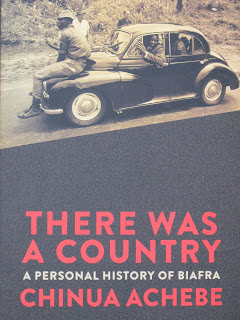 The book is written in four parts.  Part 1 paints an idyllic picture of Achebe’s family life under colonialism, providing the backdrop for what is to come and sheds light on Achebe’s family origins.  We read eagerly, fascinated by the over-achieving Achebe clan.  It transports the reader to the six-year period following independence in Nigeria and the end of colonialism.  “Things fall apart” could very aptly describe this transitional period.

Part 2 relates the events and progression of the war.  Here, the reading becomes more difficult.  As Achebe himself concedes:  “Striking a balance between a level of detail that will satisfy readers who still feel the impact of these events deeply and that which will be palatable, if not to say comprehensible, to a less well-informed reader is an impossibility …”
At times, the book reads like an Who’s Who of the Nigerian elite and intelligentsia. Much time is also spent evoking the names of politicians and writers of the day, whose involvement in the Nigerian-Biafra war was crucial.

Part 3 brings us to the end of the war and the difficulty in establishing “peace” in the wake of such violence.  Biafran military leader Ojukwu abandons his post, seeking refuge in neighbouring Ivory Coast, leaving in his absence a state of panic and insecurity amongst the incomprehensive Igbo population.  No apologies were given, no excuses were made and nobody knew what the future would hold.

That future, or now the current-day state of Nigeria, is briefly considered in part 4.  Achebe discusses the wrongs that Nigeria suffers daily, faced with corruption so rampant, that no solution seems possible.  Corruption amplified by the oil-boom petrol dollars flowing throughout the country in the hands of the ruling class.

This was, after all, one of the underlying reasons for the war and the involvement of various super powers throughout the conflict.  Here Achebe invokes the assistance of these same Super Powers, urging “Great Britain, America, and the West to be involved positively in African affairs  . . . by aiding African nations in their struggles to become viable democracies.”

Achebe’s own role during the war was multi-faceted.  At once statesman, advisor, diplomat, writer and publisher, tireless in his efforts, moved by the urgency of the situation, his involvement never ceases.

The role of the writer seems be of special interest to Achebe, and he spends considerable time on the subject.  “The Nigeria-Biafra War led to an explosion of musical, lyrical, and poetic creativity and artistry,” concludes Achebe, adding that: “If society is ill the writer has a responsibility to point it out.  If the society is healthier, the writer’s job is different.”

Going a step further, he conjures a picture of the artist as the eye through which society sees and insists that writers can and must protest through their books, recalling a line by Wole Soyinka, his famous compatriot:  “the man dies in him who keeps silent in the face of tyranny” (“The Man Died”, 1971, Wole Soyinka, Nigerian playwright and poet, contemporary of Achebe, Nobel Prize winner 1986).   Soyinka’s literary and war related activities earned him the right to a 22-month prison stay during the conflict.

Some will say that the book is not objective enough – how could it possibly be objective when told from the point of view of the defeated?  Others will say that Achebe seems to be holding back during this writing, for surely he knew he would be criticized not just on the basis of his writing, but on the truth of his assertions.

But these critics would be missing the point:  the telling needed to be done.  And Achebe does lend credibility to his version, including citations from key players of the day and quotes from various news sources.

He also includes an interview with Yakubu Gowon (leader of the federal Nigerian troops) near the end.   Achebe does not spend a lot of time and energy trying to place blame – he does not ruminate.   He simply gets on with the task at hand, telling a story he ultimately needed to tell, yet providing no easy answers in the telling.


Christina Edland-Coste is a Paris-based contributor, who studied Achebe’s work at university.

The eager crowds streaming into the Paris Book Fair at the official opening on Thursday evening provided much-needed encouragement to the many international writers and publishing staff fighting to adapt in a rapidly changing industry.

“It’s great to know that people are still reading,” said Constancia Egrejas Morel, a translator and literary agent at the Brazilian pavilion at the fair. “For writers from countries such as ours, this is especially heartening because it means there is also interest in translated works.”

Brazil, several African states, China and Japan are among the overseas representatives at the annual four-day event which runs until Monday, March 25, in the French capital. This year the book fair (or Salon du Livre) is also honouring Romanian literature, while Barcelona is the "guest city".

Forty-five countries in all are displaying their literature and holding discussions, book signings, and other cultural activities, and some 60,000 people are expected to visit the fair over its course.

The large Brazilian presence is part of the government’s policy to promote and distribute Brazilian authors in France, according to the country’s embassy in Paris. Their stand displays more than 1,000 titles, both in the original language and in translation.

The writers featured include the celebrated poet and composer Vinícius de Moraes, who would have turned 100 years old this year, as well as many contemporary authors such as Suzana Montoro and Marçal Aquino, who are now making a name for themselves.

Egrejas Morel told SWAN that most translations of Brazilian literature occur in France and Spain, but agents would like to see more books being translated into English.

“By showcasing the works at various book fairs, we hope to draw more attention to the wealth of Brazilian writing,” she said.

The publishers of African literature have a similar goal. For the fourth time, they’re taking part in the Salon du Livre with authors that include Alain Mabanckou and Henri Lopes, both representing the Republic of Congo, and Fatou Diome, representing Senegal.

The writers will meet the public at the pavilion titled “Livres et auteurs du Bassin du Congo” (Books and Writers of the Congo Basin), which has Senegal as the guest of honour in 2013. One of the round-table discussions will centre on the topic of female authors who use their art to take a stand on social issues - a subject that is sure to spark heated debate. 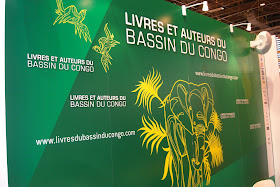 African cuisine is also sharing the spotlight as the fair has a huge cookbook focus this year, with well-known chefs giving cooking demonstrations amid the stands of shiny new books.

Meanwhile, journalism about the continent can be explored through publications of the Jeune Afrique Group, which has its own section of magazines and reports.
SWAN at 06:13
Share 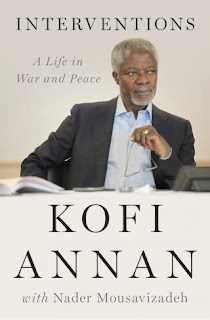 “When people are in danger, everyone has a duty to speak out. No one has a right to pass by on the other side.”

This is one of the main messages of “Interventions: A Life in War and Peace”, Kofi Annan’s compellingly written and thought-provoking memoir.

The former United Nations secretary-general discussed the book last Saturday when he was a guest at lit.COLOGNE, an international literary festival in the western German city. But while the audience was impressed by Annan's "aura of authority" and by his eloquence, many people wanted more details about his work and life.

For that, they'll have to read "Interventions". The book gives readers an inside view of international diplomacy during a turbulent period that included the Balkan conflicts and the Iraq War.

Annan, the first sub-Saharan African to hold the UN’s top post, writes candidly about some of the UN’s failed efforts in countries such as Somalia and Rwanda, and he gives absorbing accounts of various political issues and leaders. But he also pays homage to ordinary people around the world who are fighting to improve their lives and live in dignity.

"Ultimately, the success of our efforts on the question of intervention should not be measured in wars launched or sanctions imposed but in lives saved," he writes of the UN's peacekeeping missions.

With the question of how to protect civilians in war-torn areas becoming increasingly pertinent, readers will be struck by the complex procedures involved in getting governments to act. But Annan warns that everyone is diminished when the international community stands by and watches as atrocities are committed.

"We as a global community should learn the hard-won lessons of the past, and seek to prevent injustices and inequities from taking root before they lead to crisis and conflict," he stresses.
SWAN at 02:29
Share
‹
›
Home
View web version